Herewith is a letter I received from Frans Labuschagne, the Operations Assistant at Knight Security Solutions (KSS). I would like to share his experience of SA CAN and KSS with the community as it epitomises what we at KSS are aiming to achieve in the Midlands community – that being unrivalled security and emergency support for any eventuality.

"On the afternoon of the 28th July 2014 I started getting some pains on my chest, but I thought that maybe it was my stomach or indigestion, so I took some medication that I have at home. By the morning of the 29th July 2014 I still had this constant pain but only every now and again it got worse - like a crushing pain or like something pushing hard on my chest. By the evening of the 29th July 2014 I was really concerned and got a slight cramp in my jaw and neck. Being a heart patient for a few years, I was now really concerned. I started shivering a lot; maybe from shock, I'm not sure. I wanted to drive to Northdale Hospital but was concerned that I might not reach the Hospital safely. I didn't know what to do. Fortunately I had joined SA CAN two months ago, so I pressed my AAA emergency speed dial # 5 on my phone for the SA CAN emergency controller.

A few seconds later I received a call from Brian Jones at SA CAN asking me if everything was alright as he had received my emergency call. I told him about my problem and he said he would send the emergency services right away. Brian phoned me a few times just to keep me relaxed and to see if I was doing ok. About 5 minutes later a Knight Security Solutions vehicle stopped at my house and the response officer, Jaco Ronquest came in to see me. He assured me everything would be fine and that I must try to relax. Soon after that Gary Preston and the ER24 ambulance and Advanced Life Support (ALS) arrived at my house. The paramedics quickly took charge of the situation and I must say that I felt very safe and comfortable in their hands. It wasn't long before they had me stabilized, on the stretcher and into the ambulance to transfer me to Northdale. Gary and Jaco assisted by keeping my fiancé calm and that was a huge reassurance for me knowing that she would be looked after even when I was not there.

On my way down to the hospital the ER24 paramedics kept on checking my vital signs and assuring me that everything would be fine. All the hospital staff at Northdale were so helpful and immediately got to task by sorting me out getting all the blood tests done and doing an ECG. The service I received from the Northdale Hospital staff, ER24 staff and Knight Security Solutions staff was phenomenal.

I can only say a big THANK YOU to all involved. I believe that SA CAN is the greatest organization out there and I would advise everyone to join them. You never know when it could happen to you. 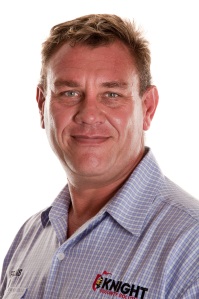